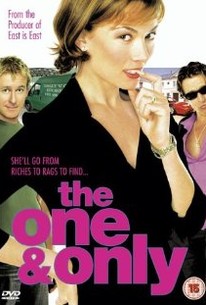 An adaptation of the 1999 Danish film Den Eneste Ene and set in modern day Newcastle, England, this easygoing urban comedy concerns a recently widowed father attempting to start anew following the death of his spouse. Though he had been having doubts about their relationship and in particular the prospect of adopting six-year-old African orphan Mgala (Angel Thomas), kitchen fitter Neil (Richard Roxburgh) agreed to the adoption shortly before the death of his wife Sharon (Kerry Rolfe). Despite his single parent status, Neil commences to join mate Stan (Michael Hodgson) in boozing it up at the local pub. Gradually growing closer to new client Stevie (Justine Waddell) despite her failing relationship with footballer lout Sonny (Jonathan Cake), the two embark on a tentative relationship driven by their mutual dissatisfaction with their current circumstances. When Stevie discovers that she is pregnant and that Sonny has been seeing other women behind her back, she and Neil find that love has a way of creeping up on you when you least expect it. ~ Jason Buchanan, Rovi

Critic Reviews for The One and Only

A love letter to Newcastle that, if nothing else, will be remembered for some of the worst accents ever heard in a British picture.

There are no featured reviews for The One and Only at this time.

The One and Only Quotes