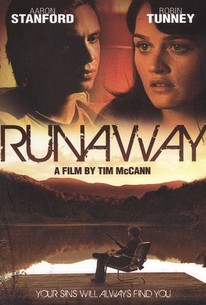 Michael (Aaron Stanford) arrives in a rural town, rents a motel room, and gets a job at the local gas station working for Mo (Peter Gerety), alongside the rambunctious Carly (Robin Tunney). Both Mo and Carly take an interest in Michael's life, and Carly is romantically attracted to him, but Michael's privacy is very important to him, because he has a dark secret. He's run to this small town from an unhappy, traumatic family life, and is forced to earn a living while secretly caring for his little brother, Dylan (Zack Savage). Despite Dylan's constant complaining, Michael rarely lets him leave the motel, because Michael knows that if the authorities find them, they'll be sent back home, or worse. In flashbacks, we see Michael talk to a therapist, Dr. Maxim (Terry Kinney), about his tormented relationship with his parents, Lisa (Melissa Leo) and Jesse (Michael Gaston). Michael blames his father's abuse for his inability to function, and when he saw signs that his father planned to abuse Dylan in the same way, he felt that he had no choice but to take drastic action. As Michael begins to confide in Carly, who has also suffered in an abusive relationship, we gradually learn just how bad things got back home before he ran. Runaway was directed by Tim McCann (Revolution #9) from an original script by Bill True. The film had its world premiere at the 2005 Tribeca Film Festival.

Phillip Blancero
as Customer in Mo's

Karla Cary
as Customer in Mo's

Bill Wolff
as Eyewitness on TV
View All

...superb performances by Stanford and Tunney...

There are no featured audience reviews yet. Click the link below to see what others say about Runaway (Runaway Boys)!