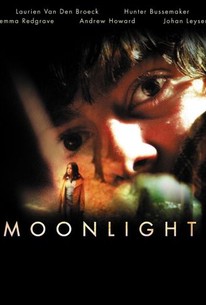 Dutch filmmaker Paula van der Oest directs the thriller Moonlight, which is set in Luxembourg but features English dialogue. Thirteen-year-old Claire (Laurien van den Broeck) has just gotten her first menstrual period. She lives in the suburbs with her concert pianist mother (Jemma Redgrave) and psychiatrist father (Johan Leysen). In the backyard of her house, she discovers a wounded young Afghan boy (Hunter Bussemaker), who has nearly escaped his fate as a drug mule. She takes care of his wounds and they become secret friends. Soon she witnesses the criminals, who are after the young boy and the drugs. They go on the run, followed by a vicious killer (Andrew Howard).

There's an air of prefab provocation about the whole thing, and viewers should know that the director has a penchant for squirm-inducing images, not all of them strictly necessary.

Moonlight is a disturbing and daring thriller with an exceptional performance by 13-year-old Laurien Van den Broeck.

A wild dream that spins into a nightmare, Moonlight isn't quite as provocative as it aims to be.

In this English-language Dutch thriller, a 13-year-old girl and a young Afghan drug courier fall in love while fleeing his employers.

Not only is the candid (but never prurient) treatment of early-teen sexuality and drug use too hot to handle, but the narrative blend of fairy-tale wonder and nightmare logic feels sui generis.

A contrived, rather unpleasant English-lingo thriller set in the Netherlands and Luxembourg, Moonlight takes a precocious love story between a young rich girl and an Afghan boy to kinky limits where few auds will want to tread.

A pretty daring -- and disconcerting -- depiction of adolescent sexuality.

The situation compels you to keep watching, only to be disappointed when you realize the story's not going anywhere.

Van der Oest possesses a sure visual sense, and the lead performances are confident and promising, considering the actors' relative inexperience.

With no common language, these two connect instantly -- perhaps it's the blood -- and embark on an emotionally wrenching journey in this visually appealing, occasionally heavy-handed thriller from Paula van der Oest.

There are no featured audience reviews yet. Click the link below to see what others say about Moonlight!