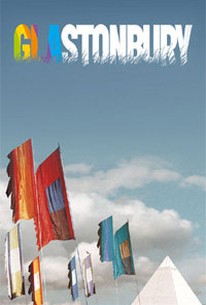 Critics Consensus: Glastonbury is formless and scattershot, and successful in capturing the festival's raw, wild energy.

Critics Consensus: Glastonbury is formless and scattershot, and successful in capturing the festival's raw, wild energy.

Critic Consensus: Glastonbury is formless and scattershot, and successful in capturing the festival's raw, wild energy.

In 1970, a music aficionado and entrepreneur named Michael Eavis staged a "pop, folk, and blues" festival on a dairy farm in the English community of Glastonbury, not far from Stonehenge. 1,500 attended the "Glastonbury Fayre," and a second festival followed in 1971. By 2005, The Glastonbury Festival of Contemporary Performing Arts had grown into the biggest pop music festival in the world, playing host to the biggest names in rock, reggae, electronic, blues, and world music for a crowd of up to 150,000 people over the course of a three-day weekend in June. Filmmaker Julien Temple offers a backstage look at the history of this event, as well as a cross section of the memorable performances which have taken place on the festival's stage in the documentary Glastonbury. Performers featured in archival footage include R.E.M., David Bowie, New Order, Radiohead, Coldplay, the Velvet Underground, Nick Cave, Oasis, Blur, Björk, and many more. ~ Mark Deming, Rovi

When a voice-off narration burbles something about a "convergence of the powerlines of the mind", you know you are in the presence of a film that has purchased at the refreshment kiosk of life more than it can consume.

Too long, with too many shots of hands-in-the-air ravers and too much Damien Hirst, Glastonbury is still hugely evocative...

It's hard to pin down the intent and even the honesty of the filmmaker.

The sense of total immersion is breathlessly complete.

For all the posers with light sticks and piercings, there are moments of Dada-esque beauty, not to mention some great music from Tinariwen, Bjork, David Bowie and the late, great Joe Strummer.

While a tad long at 138 minutes, it lacks the sustained performances demanded by concert-film fans. But Temple gives us a wonderful reinvention of the rock film.

Combining images of 30 years of politics, music, self-expression and alternative living, it's a vibrant, if inevitably scattered, film that manages to tread the fine line between chronicling the festival and exploiting it.

... captures the open-air rock festival experience more completely than any previous film of its kind.

What [Temple] does...is immerse his audience in the spirit of the festival with ingenious editing that shows the Glastonbury Festival as nothing short of a geographically bound society that just happens to exist for a few days a year.

While the movie will clarify whether or not the fest is for you, you never feel like you're actually there.

There are no featured audience reviews yet. Click the link below to see what others say about Glastonbury!