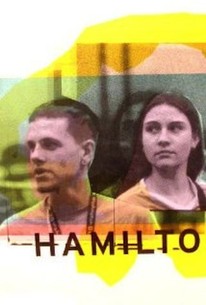 A young couple struggling with the demands of parenthood are at once united and driven apart by their common responsibilities in this atmospheric independent drama. Lena (Stephanie Vizzi) is a 17-year-old girl living in the Baltimore suburb of Hamilton. Not long ago Lena gave birth to a child fathered by her boyfriend Joe (Chris Myers), but while he tries to do his part in raising the baby, she's currently living with his family, while he's staying elsewhere as he tries to raise some money doing odd jobs. Over the course of two sticky hot summer days, Lena tries to track down Joe as she prepares to leave town for a month's vacation; her search for her boyfriend is impeded by a lazy lack of momentum brought on by the heat, and her pursuit is nearly silent, with the familiar sounds of bugs, lawn mowers, and children playing filling the soundtrack. Hamilton was the first feature film from writer and director Matt Porterfield, and received its premier at the 2006 Wisconsin Film Festival.

Stephanie Vizzi
as Lena
View All

Plot? Who needs a plot?

Porterfield finds the rhythms of everyday life well enough, but he rarely grasps the key moments that make them art.

Without plot or incident, and with only the flimsiest of characterizations, Hamilton operates primarily on the level of suggestion and insinuation.

Hamilton immerses itself in the summertime rhythms of one particular blue-collar Baltimore suburb, playing out in uninterrupted chunks of real time.

There's hope there, mixed with a piercing awareness that wrong turns and missed connections will always be part of Joe and Lena's relationship, and that the best intentions may not be enough to overcome the obstacles they face.

There are no featured reviews for Hamilton at this time.