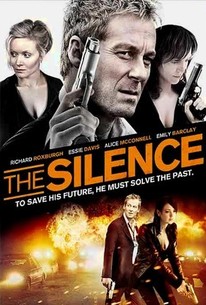 A cop haunted by an accidental killing begins looking into a murder case that's nearly 40 years old in this crime drama from Australian director Cate Shortland. Richard Treloar (Richard Roxburgh) is a police detective who is thrown into an emotional tailspin after a shooting incident. When Treloar has trouble handling his responsibilities, he's reassigned to the police force's museum, where he's to help curate a photography exhibit. While going though prints for the upcoming show, Treloar notices an attractive blonde woman keeps popping up in pictures from the mid-'60s, ending with a crime-scene photo of her after she was shot to death. Treloar becomes curious about who she was and what became of her, and discovers her murder was never solved, prompting him to begin looking into the case. Meanwhile, Treloar's emotional problems and new obsession with the mysterious blonde lead to serious problems in his relationship with his girlfriend, Helen (Alice McConnell), which only get worse when he becomes infatuated with his psychiatrist (Essie Davis). The Silence was originally produced for Australian television, but its success with both audiences and critics led to a subsequent theatrical release; the film had its North American premiere at the 2006 Toronto Film Festival. ~ Mark Deming, Rovi

Critic Reviews for The Silence

If it's scruff we're after, then production designer Melinda Doring obliges with compellingly old-fashioned interiors, occupied by gnarled narks and retirees.

Given that underwhelming police thriller The Silence is technically a made-for-TV movie, it might not be counted against helmer Cate Shortland as yet another example of the dreaded disappointing sophomore follow-up.

Eloquent direction lifts this beyond a genre whodunit.

...an egregiously slow-paced piece of work that works neither as a character study nor as a police procedural...

Nice, but nothing remarkable.

Audience Reviews for The Silence

There are no featured audience reviews yet. Click the link below to see what others say about The Silence!