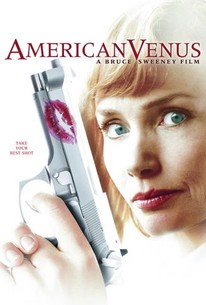 A competitive figure skater with Olympic aspirations turns her back on the sport by escaping to Canada in director Bruce Sweeney's border hopping family drama. Celia (Rebecca De Mornay) is an uncompromising coach determined to push her daughter Jenna (Jane McGregor) towards an Olympic gold metal. After Jenna's routine in the national figure skating finals proves less than stellar, the dejected young girl decides to escape her demanding mother by fleeing to Vancouver. Though Jenna's father is diligent in keeping his daughter's current location a secret from the fierce Celia, the gun-toting mother's determination ultimately proves too powerful to deny and she is soon off to collect her daughter. Upon attempting to cross the border, Celia begins to get a taste of just how different life in Canada is when the border guards take possession of her registered firearm. It seems that Jenna too has grown weary of living in a land where aggression does not stand, leaving both mother and daughter adrift in some strange land that neither can truly call home.

Benjamin Ratner
as Paul the Cabbie

Vanesa Tomasino
as Tracy
View All

Never settling on a consistent tone or establishing a convincing context for its central character, the movie ultimately seems to grow bored even with itself.

Writer-helmer Bruce Sweeney can't decide if the lead figure is a comic caricature or pathetic mental case; his resolution is so desultory it feels like he ceased caring.

As a filmmaker with a gift for social satire, Sweeney isn't at his best focusing almost exclusively on one character.

Another movie I disliked. Celia is a disturbed woman who is addicted to handguns and needs to manipulate the people around her, especially her daughter. But I learned nothing by watching it, other than perhaps an appreciation for Canada's gun laws.