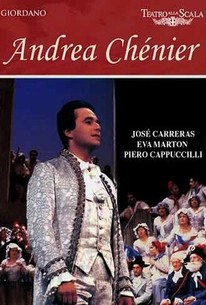 Filmed live at the Royal Opera House at Covent Garden in 1985, this stellar performance of Umberto Giordano's passionate opera tells the true story of French poet Andrea Chenier, whose life was ruined by the events of the French Revolution. Placido Domingo stars in the title role, and Anna Tomowa-Sintow plays Maddalena, his ladylove. Julius Rudel conducts the Royal Opera Chorus in this production co-starring Giorgio Zancanaro and Luigi Illica.

There are no critic reviews yet for Andrea Chenier. Keep checking Rotten Tomatoes for updates!

There are no featured reviews for Andrea Chenier at this time.