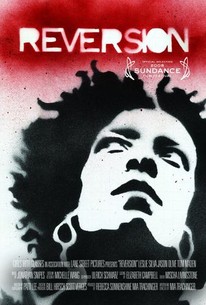 Eva is a woman desperate to get in front of her fate. One of a growing number of human mutants who lack the ability to perceive time, she is aware of the disaster that's set to befall her and her lover, Marcus. Knowing she has seen too much, she believes (or hopes) that she can also alter her destiny. It's a feeling most of us have experienced, even without the benefit of Eva's heightened self-awareness. The film is reminiscent of key works of the French New Wave, as if Alain Resnais were to awaken in a Vons Supermarket, unable to find his way out.

Though the story largely rescrambles causality along a linear axis, it also casts a wide, lateral gaze at human agency and the question of free will. It's a somewhat-astringent glance at human existence, but enthrallingly portrayed in this cagey and precocious film. -- (C) Sundance Film Festival

David Ury
as Stranger
View All

The film does a pretty good job of conveying the bleakness and pointlessness Eva and her fellow mutants feel, but it's as if Ms. Trachinger were reluctant to take the premise any deeper...

A conceptual stunt without much substance beneath its initially enticing exterior...

the final act of Reversion is so spelled out and unimpressively dour that it makes you almost forget the edge Mia Trachinger brought to the opening sequences.

Reversion is a bold and edgy film that explores some interesting philosophical and political ideas that are particularly relevant in a time when our leaders seem to make most of their decisions without regard to past, present or future.

Reversion is a prime example of collaboration in independent film.

If the whole goal of this film is to alienate its audience, then another few stars can be added to its review rating because it does that very well.

Mia Trachinger's thought-provoking lo-fi science fiction movie/rumination on mortality, memory and destiny, does what any low-budget independent film ought to do, which is to assure the viewer that its maker is capable of great things.

There are no featured reviews for Reversion at this time.