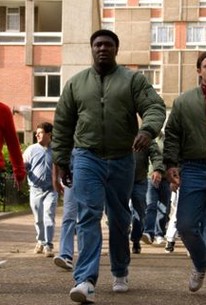 Loosely based on a true story, director Jon S. Baird's Cass traces the evolution of one individual from an infant with slim prospects to one of the most respected and feared individuals in the United Kingdom. Nonso Alonzie stars as the title character, who begins life as a Jamaican baby bereft of his parents, but promptly witnesses his fate and future turn an unexpected corner with his adoption by an elderly Caucasian couple. Pummeled mercilessly and bullied with racist taunts as a boy, Cass instinctively takes matters into his own hands and thus discovers a source of power and control, in violent action, that he never knew he possessed. Eventually, however, this path comes back to bite him via a assassination attempt against him, that is - mercifully - unsuccessful. In time, Cass reaches a fork in the road, and must choose between continuing to embrace the violence that has shaped and colored his life, or opting for more controlled and thoughtful approach to conflict.

Johnny Palmeiro
as Shaun The Skinhead

Brandon Robinson
as Billy The Bully

Bill Gardner
as Harry the Prisoner

Jock The Building
as Himself

Joe Eagen
as Joe the Barman

There isn't, in fact, a single off-key performance in what is otherwise an ordinary film.

It never fully convinces you that he deserves a movie.

It is a bit better than many recent lipsmacking movies on similar subjects... but there's still the same self-serving, self-sentimentalising macho nonsense.

Inanimate dialogue and plodding pacing don't give the talented cast much to work with, and the camera is directed with all the grace of a pub brawl at closing time.

A fair effort which does nothing to beat it's way out of a crowded genre.

Though the narrative is saggy and you feel there's nowhere left to go after the first hour, a much-needed dash of class from Jon S Baird's direction helps lift 'Cass' above its oft-reactionary genre brethren.

Some dodgy dialogue and poor characterisation aside, writer/director Jon S Baird performs a blinder of a debut game.

The film's repetitive structure never quite resolves into something we can properly engage with, especially when a somewhat heavy-handed message rears its head.

This is an engaging, well made and sharply written British drama that is definitely worth seeing. Great soundtrack too.

When Anozie isn't delivering a tired voiceover about honour on the terraces, we're treated to rubbish fights, feeble dialogue and mockney accents. Dreadful.

Crunchier than an ICF coshing and about as subtle.

What follows is your standard footy ruck saga - stabbings, jail, love of a good woman.

It may not be directed by Nick Love, but apart from the racial element, this could have easily have been one of Love's films. Whilst it's based on a true story, we have seen it all before, the racial qualities bring out the unique story for Cass being brought up by white parents, but all in all it's another story of football violence.