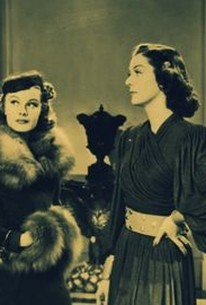 Fast and Loose was the second of MGM's brief "B" series based on Harry Kurnitz' husband-wife team of bookdealing sleuths, Joel and Garda Sloane. In Fast Company, the first of the series, Melvyn Douglas and Florence Rice played the Sloanes; in this second entry, the characters are portrayed by Robert Montgomery and Rosalind Russell. The murder victim this time is a celebrated rare book collector, and the motive is a missing first edition of Paradise Lost. The supporting cast included several likely suspects, including old reliable Ralph "Anything I Can Do to Help?" Morgan. Fast and Loose might have been faster and looser had it been shorter than 80 minutes.

Leonard Carey
as Craddock
View All

Critic Reviews for Fast and Loose

Audience Reviews for Fast and Loose

The chemistry between Bob Montgomery and Roz Russell make this routine mystery a fun view. This was Rosalind's last film as a B level actress, The Women was her next picture and she soared to the top ranks.