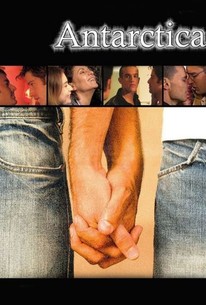 Omer is miserable because he's about to turn 30 and he hasn't found love or his true purpose in life. However, he's not really looking very hard. He prefers to lose himself among the stacks of books at the local library and immerse himself in a series of delicious one night stands. He becomes intrigued by Danny, a young dancer, who energizes his libido but not his ambition. He resists the attentions of Ronen, a handsome journalist, who understands him and sparks his imagination. So, who do you choose? Omer is just starting to get a handle on his own personal crisis when his little sister, Shirley, imposes her problems on the family. Under intense pressure to marry, she suddenly chooses to pursue a lesbian romance with Michal, her boss, and owner of the city's hippest coffeehouse. Omer and Shirley are looking for warmth and enlightenment - anything that will help to thaw the chill encapsulating their hearts. Only one person seems to have all the answers: Matilda Rose, a best-selling novelist and psychologist who believes that aliens are going to land in Rabin Square in central Tel Aviv and reveal everyone's best-kept secrets.

It's fun to see attractive people get together and fall apart.

Ambition and a roomful of good-looking guys isn't quite enough.

While the director ogles his cast and busies himself with hackneyed visual metaphors, Antarctica wallows in casual lust and bored disaffection.

The good news is that, despite delivering the expected frosty alienation of its namesake, Antarctica features enough sweat-laden sex scenes to thaw three meandering romantic dramedies.

Hochner is terrific at staging intimate encounters, and he gets his story off to a lively start -- only to run out of ideas and momentum.

This new Israeli sex romp is a better advertisement for the country than a tourist bureau could provide -- at least for gay travelers.

Manages to combine sizzling sex scenes with an actual heart, putting all of the low-budget gay trash that American audiences must suffer through to shame.

Amusingly makes the point that men can be rotten to each other like to women in so many heterosexual romantic comedies, but makes this point over and over again.

The dialogue is lame enough to make one think that the story exists only as an excuse for the sexual couplings.

Gay life in today's Tel Aviv is better presented cinematically by the work of Eytan Fox than in this overpopulated, callow effort.

Antarctica takes urban loneliness as its subject, but though all the characters are strikingly attractive, there's nothing frothy or pandering about Hochner's hermetic homosexual world.

There are no featured audience reviews yet. Click the link below to see what others say about Antarctica!