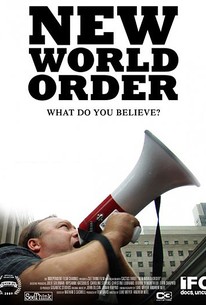 Alex Jones is a radio talk-show host based in Texas who has attracted a passionate following for his commentaries in which he explains his belief that a powerful underground one-world government secretly rules the world. Jones contends that the attacks on the Branch Davidian compound in Waco, TX, were ordered without provocation by Janet Reno and the Bureau of Alcohol, Tobacco and Firearms to silence David Koresh and keep him from spreading his anti-authoritarian philosophy, and that the terrorist attacks of September 11, 2001, were staged by the government in order to strip American citizens of their freedoms in the name of security. Jones has followers and like-minded supporters around the world, and he and his compatriots have faced arrest and jail terms in order to spread the word by staging protests and setting up amateur surveillance operations to monitor the annual meetings of a Bilderberg Group, a private enclave of important figures in politics, economics, and world trade whom Jones (among others) is convinced pull the strings behind the New World Order. Does Jones know something most people don't, or are he and his listeners oddball conspiracy buffs who have come to believe in a bogeyman that doesn't really exist? Filmmakers Luke Meyer and Andrew Neel allow Jones and a handful of his supporters to speak for themselves in the documentary New World Order, which chronicles their ongoing battle against a movement most people don't think is happening. New World Order received its world premiere at the 2009 South by Southwest Film Festival.

Instead of digging up and making sense of true information, it tracks half a dozen boring conspiracy theorists spouting balderdash and makes no effort to check out their cuckoo claims.

Jones and his followers are an easy subject for ridicule, but Meyer and Neel opt for a more nuanced -- even sympathetic -- treatment of the group's ultralibertarian obsession.

Neither a call to alarm nor a laugh-at-the-loonies yukfest, the doc charts a temperate middle course through its subjects' heated rhetoric.

The directors never bother to delve into why these men need simple answers, and avoid complications at all costs.

New World Order essentially offers nothing 'new' on the topic, nor displays any concrete 'order' in structuring its haphazard collage of hit and run gotcha moments.

While I can't say I'm fully convinced the people profiled in "New World Order" are onto anything resembling "the truth," I will say again, there are some compelling truths to be found in the film and by the Alex Jones acolytes.

There are no featured audience reviews yet. Click the link below to see what others say about New World Order!