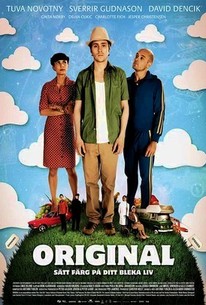 Henry is the unassuming guy that you know, but actually know nothing about. He has all the expected prerequisites: a stable job, a nice girlfriend, and an impending marriage on the horizon. But one day, the normal life he has been working to achieve implodes on him when he loses both his job and his girlfriend. After the fall-out, his best friend convinces him to abruptly leave for Spain to open a restaurant. But before he can go, he must tie up some loose ends and, of course, nothing goes as planned. Henry ends up caught in a series of bizarre events that involve a feminist performance artist, a strip club, a bunch of steroids, and the Ikea furniture store.

There are no featured reviews for Original at this time.