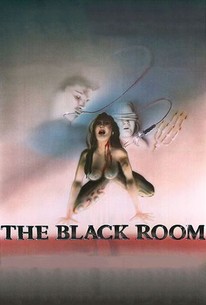 Aside from views of the beautiful Cassandra Gaviola as Bridget, the sister of Jason (Stephen Knight) who helps him get the blood he needs to stay alive, this undistinguished, sleazy horror film has nothing to recommend it. Jason and Bridget own a mansion in the Hollywood Hills that has a "black room," a place where they lure lusting couples, who are then murdered to supply Jason with the remedy for his rare blood disease. Parallel to this scenario is a second: Larry (Jim Stathis) and Robin (Clara Perryman) are a married couple with problems, and Larry's solution is to take various women to the "black room" for some sexual encounters, not knowing that they are later killed off by the murderous brother and sister. The plot then develops an unexpected twist, partly because time is running out, but even a twist is not enough to save the story.

Linnea Quigley
as Milly
View All

Critic Reviews for The Black Room

There are no critic reviews yet for The Black Room. Keep checking Rotten Tomatoes for updates!

There are no featured reviews for The Black Room at this time.