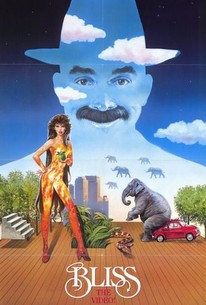 This critically acclaimed surrealistic comedy won the Australian Academy Award for the "Best Film" of 1985. Advertising executive Harry Joy (Barry Otto) suffers a heart attack and has a near-death experience that changes his outlook on life. His miraculous return convinces him that there is a heaven but that his life on Earth is hell. His wife Bettina (Lynette Curran) has her worst fears realized when she develops brain cancer from gasoline fumes. His son David deals cocaine and receives sexual favors from his drug-addicted sister Lucy (Gia Carides). Harry finds love with a kind-hearted prostitute (Helen Jones) who kills a top oil-company executive, and then herself, with Molotov cocktails. Shocking scenes include cockroaches bursting from Harry's stitches after his open-heart surgery, and fish dropping from in between a woman's legs onto a restaurant floor. This bizarre and often slow-moving film lampoons the luridness of the human condition.

John Doyle
as Doctor
View All

A droll, dry and mordantly amusing comedy-drama that exists in a Twilight Zone-esque world impossible to gauge or define.

Bliss left me in unmitigated bliss.

Viciously funny, scathing in its satire and damning in its inescapable truths...offering one of the most tender and moving climaxes I've ever seen.

A stunning tale of alienation, madness and redemption.

There are no featured audience reviews yet. Click the link below to see what others say about Bliss!