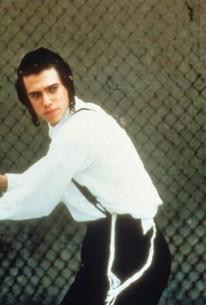 The overemphatic acting of Robby Benson was something of an endurance test to certain critics of the 1980s, but even these carpers were impressed by Benson's outstanding performance in The Chosen. Set in the Brooklyn of the 1940s, the film elucidates the friendship between two young Jews of differing factions. Benson is Hassidic, while Barry Miller is a Zionist. Though separated ideologically, the boys find a common bond through their love of stickball. Rod Steiger costars as Benson's rabbi father, delivering a performance virtually devoid of the mannered stridency that has marred many of his more recent film work. Based on a novel by Chaim Potok, The Chosen has become an annual Hannukah-season TV attraction in many cities; years after its release, the film served as the basis for a short-lived Broadway musical.

Critic Reviews for The Chosen

The Chosen never came alive for me. I respected what the filmmakers were trying to do, and I admired the ambitious period production, but I never really cared about these people.

Jeremy Paul Kagan's The Chosen is singularly brilliant, an impressive achievement that puts it in the select company of the best films of the year.

A dedicated team of faithful adapters created a wonderfully rich movie version of the book in 1981, and the emotion and intellectual depths of the story resonate through the decades.

A worthy but irretrievably dull homily.

Certainly, this is a gently evocative movie, with its glimpses of a strict and self-contained culture, and its memories of a time gone by.

Based on Potok's book, this well acted fammily drama set in Brooklyn after WWII, centers on the friendship between two Jewish boys who beong to different ideological factions

It shouldered its way into the popular consciousness, perhaps with a few concessions and a straining dramatic license, but nonetheless it remains a thoughtful, provocative engagement of legitimate issues relating to Judaism, the ancient, ever evolving rel

Based on Chaim Potok's best-selling novel, this film is filled with colorful details of Hassidic lifestyle and has strong performances by Rod Steiger and Maximilian Schell.

Audience Reviews for The Chosen

There are no featured audience reviews yet. Click the link below to see what others say about The Chosen!