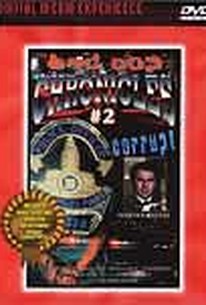 A New York policeman (Harvey Keitel) imprisons and tortures an admitted cop-killer (John Lydon), but finds the tables turned when his victim refuses to break and in fact urges more punishment. Highlighted is the intense interplay between the irrepressible Keitel and Lydon, the sneering frontman of the Sex Pistols as Johnny Rotten. The film is also known as Cop Killers and Order of Death. ~ John Bush, Rovi

Keitel is his usual ineffable self, his features glassy with repressed anxiety and violence; the only miscalculation is the casting of Lydon.

Mr. Lydon, who has just the right insinuating, runty quality for Leo, makes a strong impression, and in a better film would make an even stronger one.

[There are] questions raised in The Order of Death that beg for tenable explanations of crimes which both cause and affect the matters of guilt. And here... the answers to such questions simply refuse to surface.

A memorable film that is interesting not for its plot (which is hopelessly complex) but for the strange tension between the characters. Keitel is exceptional as the berated captor turned victim, and Lydon is simply frightening.

There are no featured reviews for Copkiller (Corrupt) at this time.