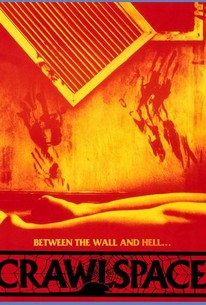 A homicidal maniac doctor specializes in murder and owns a peaceful boarding house for lovely aspiring actresses. They feel safe and comfortable there. Little do they know, the good-doctor is getting his jollies by crawling through narrow spaces between the walls peeking at them through the heating vents. Sometimes he likes to shake the women up by making scary noises in the vents and blaming them on rats. The poor women also do not know that he is also a sadistic killer with a taste for slow, gruesome torture and clever traps. The whole nasty situation comes to a head when a Nazi hunter begins to trail him. Although the doctor himself was never a Nazi, his father was a wanted war criminal. Later it is revealed that the physician feels that he is predestined to follow in his father's grisly footsteps. He proves this after every killing when he plays a game of Russian roulette with his revolver. Each empty chamber is an affirmation that he is doing what he should. ~ Sandra Brennan, Rovi

Though the film starts with goofy exploitation, it quite suddenly escalates for the last act, with nearly everyone getting massacred in a bloodthirsty fashion.

Crawlspace is an effective little horror movie with a bevy of tension coursing through its dark and sleazy veins and offers up an air of unpredictability for horror fans who think they've seen it all.

While there's always intrinsic interest in watching the unhinged Klaus Kinski in action (whether while delivering a performance or in behind-the-scenes footage), even his bizarre behavior can't elevate this truly atrocious film.

Crawlspace is kind of a mess, albeit a thoroughly fascinating one.

Crawlspace revels in its sadistic oddities, but it falls short of true suspense except for at a few key moments.

A no-budget, no thrills sci-fi horror that probably should have stayed buried.

Distinguishes itself only through the masterful creepy performance by Klaus Kinski.

Claustrophobic, but without much imagination.

This is why you need heating ducts that are narrower than Klaus Kinski.

I was really enjoying this movie and Kinski until the little twist we learn about his character makes it all very cliche by the end. Still, it's worth watching, Kinski plays a real psycho, and that's always entertaining, I think. It's a pretty good scary flick.

All you need to know is that Klaus Kinski plays a psychotic Nazi landlord. That will either intrigue you, or it won't. As you can see, I'm in the former category.

Silly, unbelievable, slow moving... but Kinski makes it worth the watch.

Here's a stretch: Klaus Kinski plays a psychopathic landlord that stalks his beautiful tenants and uses Jews in his experiments that would make the Fuhrer proud. yes, there is a gimp.