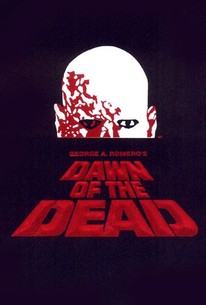 Critics Consensus: One of the most compelling and entertaining zombie films ever, Dawn of the Dead perfectly blends pure horror and gore with social commentary on material society.

Critics Consensus: One of the most compelling and entertaining zombie films ever, Dawn of the Dead perfectly blends pure horror and gore with social commentary on material society.

Critic Consensus: One of the most compelling and entertaining zombie films ever, Dawn of the Dead perfectly blends pure horror and gore with social commentary on material society.

Dawn of the Dead Photos

Viewers who haven't seen George Romero's low-budget horror masterpiece Night of the Living Dead, might be at a loss during the first sequences of Dawn of the Dead. The opening scenes rely so much on familiarity with the earlier film that it might cause resentment among the uninitiated. But once the story gets started, plot and exposition matter not a whit. Dawn is set in a deserted shopping mall, where the ever-increasing zombie contingent from the first film have set up a sort of Condominium for the Condemned. From this vantage point, the flesh-eating creatures plan to overtake the entire country. There's a lot of allegory and hidden meaning around, but Tom Savini's excellent (and unremittingly gruesome) special effects take center stage throughout. Dawn of the Dead is not recommended for those who have trouble keeping their popcorn down.

George A. Romero
as TV Director

James A. Baffico
as Wooley

Pasquale A. Buba
as Motorcycle Raider

News & Interviews for Dawn of the Dead

View All Dawn of the Dead News

Critic Reviews for Dawn of the Dead

Romero's script is banal when not incoherent.

Romero's sensibility approaches the Swiftian in its wit, accuracy, excess, and profound misanthropy.

Between atrocities the movie has its funny moments and funny lines. It's just difficult to relish the humor when you're dripping in so much gore.

Undoubtedly the zombie movie to end 'em all.

Grim, gruelling but beautifully shot, this is intelligent, sophisticated horror.

Dawn of the Dead is one of the best horror films ever made -- and, as an inescapable result, one of the most horrifying. It is gruesome, sickening, disgusting, violent, brutal and appalling.

What delights me about Dawn of the Dead is that, over four decades later, the film still has genuine scares and gore...

Arguably the greatest zombie film ever made.

an oneiric, highly influential vision of humans as dummies, shopping as survival, and the world as a fugitive, beleaguered hell

Anton Bitel
Through the Trees

There's still a touch of anxiety, suspense, and a sense of isolation and unavoidable doom, but the zombie element no longer seems like the main focus.

[One of] the crown jewels of an exceptionally strong career.

Audience Reviews for Dawn of the Dead

In this excellent sequel, Romero replaces the ghastly, oppressive black and white of the original film with some very entertaining and gruesome gore in color full of humor and clever social satire. A classic zombie horror film that stands out as an intelligent allegory.

George A. Romero's sequel to the game changing mega-hit "Night of the Living Dead," this film has the same political undertones, and also subtle ruminations in consumer culture. Unlike the original, this film only deals with the exploits of four people, who trap themselves inside a mall and live off its resources. The original was much more about the epidemic, and the terror of ghouls rampaging through the wilderness. The urban setting shows the vacancy of man-made structures without human residency, and the ease with which we as Americans consume and find pleasure in spaces such as malls. Our heroes fall back into lives of luxury and convenience, though they are faced with horrors, because they are programmed to do so, as are the zombies who return to the mall based on their baser instincts. Riveting to watch because of how massive and impressive the film is, but also for the creativity of the story, "Dawn of the Dead" is a classic zombie film that tells a very human story.

Some say this is Romero's best work. Me, well, I'm undecided. This is an excellent film though, and not just in horror circles. You can never go wrong with intelligent social commentary and satire, especially when mixed with great (albeit somewhat dated) gore effects. Despite coming out a decade after Night of the Living Dead, this sequel treats things as if only a few days or so have passed. In that time, the zombie outbreak has become incredibly widespread. A group of survivors (a diverse lot professionally, racially, and genderwise) take refuge in a shopping mall where they barricade themselves in and kick all zombies (and others) out. This is where the film gets interesting. The mall is a larger setting than the previous film's farmhouse, but is still a great place full of all sorts of possibilities and claustrophobia. What I find really interesting is how this film is a satire/social commentary railing against malls, consumerism, and greed, and came out at a time when shopping malls were really new to the world. I love that this films is a brilliant blend of humor, satire, gore, and zombies. Humor is not the focus, but the levity is a necessary element that provides a unique spin on the zombie apocalypse stuff. I can't really think of anything this film gets wrong. The direction, performances, makeup/sfx, music, and camerawork are all terrific. I did say that the effects are dated, but in a way, their garishness actually adds to the atmosphere and enhances the mood, satire, and 70s decor. This is an essential film in multiple categories, so don't hesitate to check it out.

In 1968, director George A. Romero made his directorial debut with the - now infamous - zombie horror film "Night Of The Living Dead". At the time, it was considered the ultimate gore-fest and has since spawned numerous imitations. Not many have achieved the same standard of that classic zombie movie but Romero himself released this follow-up, ten years later, in 1974 and arguably, it's as good as (if not better than) his debut. The epidemic of zombies, who have risen from the dead and are now walking the earth, continues as four survivors of the zombie plague take refuge in a deserted shopping mall. They decide to stay longer than they thought and try to hatch a plan to escape somehow but with the arrival of a gang of militant bikers their security is compromised. Less of a sequel and more of a remake to "Night Of The Living Dead", this film benefits from an ingenious and very memorable conceit; four people barricaded in a huge shopping mall while the undead lurk and prey outside. It allows itself to be an allegory of consumerism with a clever and highly satirical approach. It contains an occasional humorous nature but the overall terrifying premise is never compromised. Some of this humour even comes unintentionally, due to it's cheap budget and sub-par special effects - the blood used looks like vibrant, red, children's poster paint. However, the low budget only adds to the overall authentic feel and despite it bordering on the ridiculous, Romero's skill still shines through. His use of tension is excellently delivered, simply by using an extensive series of cuts. Each action sequence is edited in such a way that it is nothing less than highly skilful filmmaking and with Romero assuming both director and editor credits, he deserves the utmost respect. A more sophisticated audience may balk or snicker at the budgetary constraints and abysmal acting but really, it doesn't matter. The material is so good and handled with such skill that it overshadows any lack of worth or imperfections. In this particular sub-genre, bad acting and bad effects would normally make for a bad movie but in this instance, that's not the case. Romero is a master of his craft and this is evidence enough to prove so. A hugely enjoyable, and one of the best, post-apocalyptic zombie flicks.

Dawn of the Dead Quotes