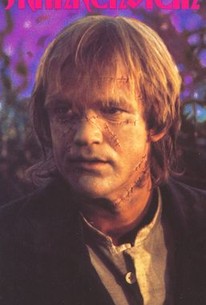 Produced by Dan "Dark Shadows" Curtis, this TV adaptation of Mary Shelley's classic spine-chiller Frankenstein remains fairly faithful to its source. Robert Foxworth stars as Dr. Victor Frankenstein, who comes to grief when he "plays God" by creating a human being from spare body parts. The monster, played by Bo Svenson, is doomed from the start, not only by fate but by his inherited homicidal nature. Susan Strasberg and Heidi Vaughn co-star as the two unfortunate women in Dr. Frankenstein's life. Originally telecast in two parts on ABC's late-night Wide World of Mystery anthology, Frankenstein debuted January 16 and 17, 1973. It was later pared down to a traditional two-hour, single-part TV movie.

Bo Svenson
as The Monster

Rosella Olson
as Bride of the Monster

Edgar Justice
as Mayor
View All

There are no critic reviews yet for Frankenstein. Keep checking Rotten Tomatoes for updates!

There are no featured reviews for Frankenstein at this time.