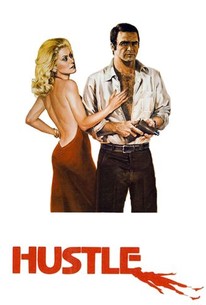 Director Robert Aldrich (The Longest Yard) re-unites with Burt Reynolds for this hard-edged neo-noir. Lieutenant Phil Gaines (Reynolds) is a cynical Los Angeles police detective amorously involved with an icewater-veined Parisian call girl, Nicole Britton (Catherine Deneuve). On the job, he begins to investigate the shady death of a teenage girl that appears to lead straight to Leo Sellers (Eddie Albert), an attorney with a frightening number of connections. The problem is, Nicole herself has a direct connection to the case - Leo is one of her clients. Meanwhile, Marty Hollinger (Ben Johnson), the victim's father, decides to undertake a grassroots investigation of his own - little realizing that his seemingly murdered daughter was in up to her neck with prostitution, porno movie acting, and dancing as a stripper, facts which suggest that she may have offed herself.

Don Billett
as Cop in T-Shirt

Patrice Rohmer
as Linda, a Dancer

Ron Nyman
as Pan Am Clerk

Steve Shaw
as Cop in Elevator

Dino Washington
as Cop in Elevator

Tasso Bravos
as Boy on Beach

Nathan Harding
as Boy on Beach
View All

After seeing Lucky Lady and now Hustle, I'm convinced that The Longest Yard was a fluke.

The director's talent is evident in his lively and precise way of telling the story and the excellent work of the actors. [Full Review in Spanish]

Robert Aldrich's Hustle is an honest and profoundly sad movie about how the legal system favors those with money, power and connections over those who don't. One of Burt's best and most underrated films.

Thirty years on, however, its integrity and patience look positively masterful.

...plays like nothing more than a vanity project for star Burt Reynolds.

a film that wasted the talent of French star Deneuve, who never pursued a successful career in Hollywood

Burt is credible as the disillusioned cop who feels ashamed that he's pimping for a corrupt system.

There are no featured reviews for Hustle at this time.