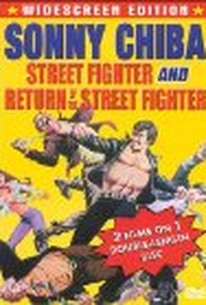 Shogun's Ninja revolves around two rival ninja clans whose constant battle for superiority has spanned decades and cost countless lives. During a critical point in their war with one another, one of the rival kings sends his commander on a mission to retrieve two mystical daggers. With these legendary knives, the clan hopes to learn the "secrets of the ninja," which are rumored to come with them. The film features Hiroyuki Sanada, Sue Shiomi, Sonny Chiba, and Noribumi Suzuki. ~ Tracie Cooper, Rovi

As a film, it might be no great shakes, but as an action flick, it's fairly awesome.

A not too subtle knock-off of "Shogun Assassin" and its brand of over the top ninja action and violent samurai swordplay.

While it's a neat bit of schmaltz to make fun of over a few beers, it's really not a great flick.

I like ninja movies. This is pretty cool if you can appreciate the time this movie was made. Today would be a great time for a remake ^_^