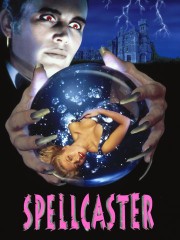 Allan C
April 9, 2016
1970s TV-Movie ripoff of "Carrie." A bullied unpopular girl uses her supernatural powers to get revenge upon those around her who torment her, including her mean pretty sister played by a teenage Helen Hunt. But different from "Carrie" the tormented girls mother, Lee Grant, is the heroine of the film, wanting to help her daughter. One interesting behind-the-scenes credit is that the film was shot by director of photography Matthew F. Leonetti, who'd later go on to shoot some classic films by Walter Hill, a couple Star Trek movies and the surpassingly good "Dawn of the Dead" remake. But back to this film, overall the film is complete cheese, but it's actually pretty entertaining cheese.

Timothy S
½ January 21, 2014
Because of its popularity at the box office and subsequent Oscar nominations, a lot of producers in the late '70's were already looking for the next "Carrie", and the results were mostly less-than-stellar. Perhaps the worst of those homages was simply called "The Spell", a cheap and quickly made television knockoff that is so similar to the Brian DePalma film that certain scenes appear to be shot-for-shot duplicates.

But you quickly discover that the similarities end with the story because when it comes to quality, the two films are nothing alike. Because of the hurried nature of a lot of TV movies, everything here feels rushed. You don't really get to know anything about these characters, and that makes it difficult to muster up much sympathy for any of them. Young Susan Myers didn't have much of a career after starring in this, but she's not bad filling in for Oscar nominee Silly Spacek. Still, those shoes are nearly impossible for anyone to fill.

Not a lot of insight is given into her background, so the script fails her more than anything else. There's not a lot of originality here, but there is one memorable scene in which a woman is seemingly burned from the inside out. But that's only one scene. The rest of this builds to a lackluster and laughable finale ala the Stephen King tale, but the only thing harmed this time out is the furniture.

It all ends far too abruptly, leaving you with a whole slew of unanswered questions and a deep feeling of disappointment. "The Spell" only exists to cash in on someone else's success. This is pretty stale and unimaginative.

Super Reviewer
Brody M
½ October 29, 2011
Great Made For TV movie with an ending I did not see coming.They dont make em like they use to

Jennifer T
½ October 15, 2011
Watchable. Reminded me of "Carrie" minus a prom and a crazy mother. I thought it wasn't half bad. A very young Helen Hunt in this too. Lee Grant did great. I thought it was put together well. I didn't like the lead girl all that much.

Darcy S
January 31, 2010
It had its good moments but in the end I didnt like the movie all that well. I was starting to ger board of it towards the end.