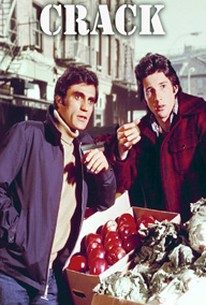 Originally made as a pilot for a failed television pilot, this action crime drama centers on the exploits of a special strike force that is comprised of a Federal agent, a state trooper (an early appearance by Richard Gere, and a New York City police officer who bust up a ring of drug dealers.

There are no critic reviews yet for Strike Force. Keep checking Rotten Tomatoes for updates!

There are no featured reviews for Strike Force at this time.