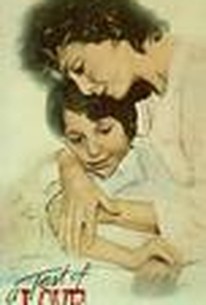 This emotional true story is about Annie O'Farrell (Tina Arhondis -- who suffered brain damage at birth and as a result was later institutionalized with other children like herself, physically unable to mature past the age of 8 or 9, even though in chronological years they are much older. When therapist Jessica Hathaway (Angela Punch McGregor meets Annie for the first time, her interactions with the girl tell her that she has been misdiagnosed. Convinced that Annie's mind is functioning perfectly well, Jessica runs up against solid opposition from Annie's parents and has to bide her time until the girl reaches the age of 18. At that point, Jessica obtains an injunction to get Annie released from the home -- and begins her own session of therapy. Due to the non-fictional content of the film, the disagreements between Jessica and Annie's parents are sidelined, and, as in many other films of this type, the unusual court battles and subsequent change in the disabled patient are dramatic but not in keeping with the day-to-day reality of patients and clinical staff working to make small steps towards progress -- with never a chance for any miraculous recovery in the vast majority of cases. ~ Eleanor Mannikka, Rovi

Charles 'Bud' Tingwell
as The Judge

Sue Dukic
as Yugoslav Attendant No. 2

Kathy Kerry
as Yugoslav Attendant No. 1

James Wright
as Douglas
View All

Critic Reviews for Annie's Coming Out (A Test of Love)

A pensive Australian drama about work and meaning.

There are no featured reviews for Annie's Coming Out (A Test of Love) at this time.

Annie's Coming Out (A Test of Love) Quotes