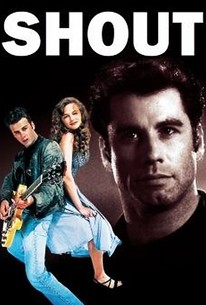 John Travolta stars as a hip music teacher in this old-fashioned pseudo-musical set in 1955, the dawn of the rock n' roll era. Travolta is Jack Cabe, a musician on the run in Texas for murdering a man during a recording session. Attempting to elude the law, Jack takes refuge at the Benedict School for Boys, where he is hired as a music instructor by school director Eugene Benedict (Richard Jordan). At the school, he sets teen rebel Jesse Tucker (James Walters) straight by introducing him to the new music called rock n' roll. But Jack doesn't just stop there, and soon all the youngsters are snapping their fingers to the devil's music instead of keeping time to John Philip Sousa. This steers Jack on a collision course with Eugene, who doesn't appreciate the rhythm and the blues of rock n' roll. As if that weren't enough, Jesse has taken it into his head to seduce Sara (Heather Graham), Eugene's beautiful daughter. Meanwhile, Jack has problems of his own. With the law closing in on him, he is ready to take it on the lam to another state. But the big school concert is coming up and he doesn't want to let his students down. Should he stay to play the gig and risk arrest, or elude the law and take off down the road to freedom?

Renee Tenison
as Girl in Bar

Redmond Gleeson
as Minister
View All

Moves to a boppy beat...Travolta's in good form

There are no featured audience reviews yet. Click the link below to see what others say about Shout!