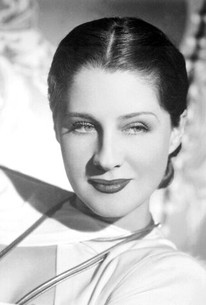 A remarkably smooth 110-minute adaptation of Eugene O'Neill's marathon eight-hour play, Strange Interlude was advertised as "the picture in which you hear the characters think," a nod to O'Neill's technique of having the characters speak their innermost thoughts out loud between dialogue passages (on-stage, the actors stood stock still while delivering their soliloquies; in the film, their thoughts are heard on the soundtrack). Norma Shearer plays Nina Leeds, who during WWI is talked out of marrying her soldier sweetheart, Gordon Shaw (Robert Young), by her professor father (Henry B. Walthall). When Gordon dies two days before the Armistice, the embittered Nina rebels against her father, escaping his dominance by marrying faithful Sam Evans (Alexander Kirkland). Upon discovering that there is a strain of insanity in the Evans family, Nina, desperate to have children, enters into a romance with Dr. Ned Darrell (Clark Gable). She bears his child, a son named Gordon (Tad Alexander as a child, Robert Young as an adult), assuring Evans that the baby is his. Gordon grows up idolizing Evans and despising Darrell, even though the boy is unaware of the circumstances of his birth or his true parentage. Her love for her son bordering on the obsessive, Nina does everything she can to dominate the boy even into adulthood, trying to scare away her son's fiancée, Madeline (Maureen O'Sullivan), by bringing up the insanity issue. Hoping to make up for past misdeeds, Darrell orders Nina to stop poisoning Madeline's mind against Gordon. By the time Evans suffers a fatal heart attack, Nina and Darrell have lost whatever love they shared between them. Through it all, Charlie Marsden (Ralph Morgan), a family friend who has long harbored an unrequited love for Nina, stands on the sidelines vicariously living his life through Nina and Darrell. Of necessity severely cut due to time and censorial constrictions, Strange Interlude still manages to distill the essence of the O'Neill play in its comparatively brief running time. The film's major flaw can also be found in the original play: though the characters age only 25 years or so in the course of the story, by the film's end they are seen doddering around like nonagenarians. The "speaking one's thoughts" gimmick in Strange Interlude was parodied in such comedy films as Animal Crackers, Me and My Gal, So This Is Africa, and even the Walter Catlett two-reeler Get Along Little Hubby. ~ Hal Erickson, Rovi

May Robson
as Mrs. Evans

Henry B. Walthall
as Prof. Leeds

Tad Alexander
as Gordon as a Boy
View All

Another Hollywood paradox: a movie which is far better than it has any right to be.

This movie was based on a play by Eugene O'Neill and probably worked much better as a play. The movie, despite such heavy-hitters as Gable, Shearer, and Robson, came across as an annoying soap-opera. The story bumps up the usual love-triangle into a quadrangle, which one could probably find flipping through day-time t.v. Even the actors, aside from the brief appearance of Robson, come across as daytime soap stars. The problem begins with the thought-dialogue that we get to hear, so we know what each of the characters are thinking. While said dialogue is in progress, the actors are standing there with weird, melodramatic looks on their faces. The upside to this movie? The cosmetic artistry used to age the characters was impressive.