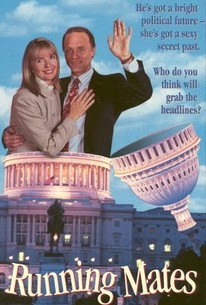 The made-for-cable satirical comedy Running Mates is about a bachelor U.S. Senator named Hugh (Ed Harris), who falls in love with Aggie (Diane Keaton), a widowed children's author, while he is running for president. Though she hates politics, she finds something charming in the slick Hugh and agrees to marry him. Unfortunately, the press finds something suspicious within Aggie's past, and it could sink his campaign.

Richard B. Livingston
as Beard

Flo di Re
as Irene

John Storey
as Photographer A

Ted Davis
as Photographer B

Lucy Lin
as Reporter B

Scott Smith
as Reporter A
View All

There's a happy, if unconvincing, ending.

There are no featured reviews for Running Mates at this time.