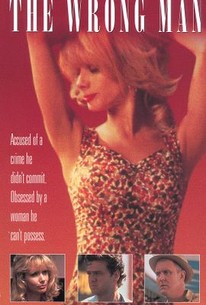 In the made-for-cable thriller The Wrong Man, an American sailor (Kevin Anderson) is framed for the murder of a Mexican smuggler. The sailor escapes the police by hooking up with a weird couple (John Lithgow and Rosanna Arquette), who drag him into a series of sordid, dangerous affairs. Eventually, the wife falls for the sailor, which leads to even more danger for the fugitive.

Critic Reviews for The Wrong Man

About halfway through the two hours, when the bus carrying them crashes into a lake, the plot sinks fathoms deep into the unfathomable.

Audience Reviews for The Wrong Man

There are no featured audience reviews yet. Click the link below to see what others say about The Wrong Man!