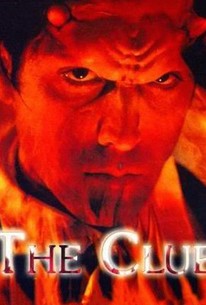 This interesting horror outing takes place in an immense, creepy Gothic castle, the chosen site for the Eastern High Senior Prom. The festivities include an unplanned midnight lockout for five kids, who are confronted with a series of bizarre events representing their darkest fears. It is eventually revealed that one of the students (Joel Wyner) is a member of a bizarre cabal of supernatural killers who lured the others there to test their spiritual strengths and weaknesses in the face of death, horror, longing, jealousy and isolation. The filmmakers' choice of location is responsible for the majority of the film's ominous atmosphere, which sustains the simplistic plot a lot longer than it should have to. Indeed, the castle is nearly a character in itself -- far more interesting than Wyner, whose macabre one-liners were probably meant to be edgy and chilling, but instead seem forced and silly. Several plot twists are surprisingly effective, but the ending is something of a disappointment.

Critic Reviews for The Club

There are no critic reviews yet for The Club. Keep checking Rotten Tomatoes for updates!

Audience Reviews for The Club

There are no featured audience reviews yet. Click the link below to see what others say about The Club!