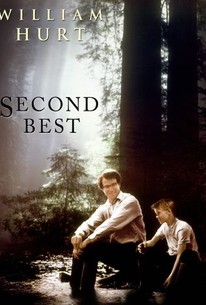 Actor William Hurt delivers one of his most acclaimed performances in this drama from Oscar-winning cinematographer-turned-director Chris Menges. Hurt stars as Graham Holt, a repressed Welsh postmaster who lives a reclusive bachelor's existence with his suicidal father (Alfred Lynch), who is in failing health and is still grieving from the recent death of Graham's mother. Knowing that he'll soon be alone, Graham applies to adopt a troubled ten-year-old boy, James (Chris Cleary Miles), whose own painful history mirrors Graham's. Throughout the long adoption process, supervised by wisecracking social worker Debbie (Jane Horrocks), Graham struggles to win James' affection and respect during weekend visits, while the boy dreams of reconciliation with his father, John (Keith Allen), who is currently serving prison time. Graham's father dies, drawing Graham and James closer, and Graham begins to feel like a real father to James. But when John is released, he appears in town with the shocking news that he is afflicted with AIDS -- and cannot care for his son. ~ Karl Williams, Rovi

Jodhi May
as Alice

Mrs. George Albert Smith
as Herself

[Director Chris Menges] has taken a small, quiet subject, and handled it delicately, much aided by William Hurt.

William Hurt portrays an unmarried Welsh postmaster who decides to adopt a child after his own parents pass away. Both he and the boy he is assigned have psychological scars, and the gradual revelation of these inner pains is what fuels the plot, but the

Zeroes in on the tense but potentially rewarding relationships between fathers and sons.

Very strong performance from Hurt and one of the most poignant depictions of a father-child relationship.

Really good movie. I am actually surprised that it is from 1994, and I have never seen it before. Where have they been hiding this wonderful film? William Hurt did a great job, and that kid...well what can I say. He deserved an Oscar for this, as far as I am concerned. Very moving. Very touching.