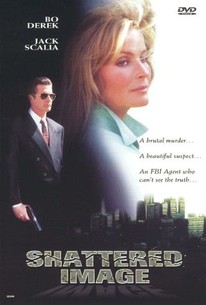 Unorthodox FBI agent Jack Scalia is assigned to investigate the kidnapping of a prominent clothing manufacturer. It seems to Scalia that the whole event has been staged as part of a large-scale fraud. The principal suspect is onetime fashion model Bo Derek, the victim's much-younger wife. Despite his seen-it-all veneer, Scalia finds it difficult to maintain objectivity when he falls in love with Bo. Made for television, Shattered Image debuted January 21, 1994 on the USA Cable Network.

Kyle-Scott Jackson
as Guard
View All

There are no critic reviews yet for Shattered Image. Keep checking Rotten Tomatoes for updates!

There are no featured reviews for Shattered Image at this time.