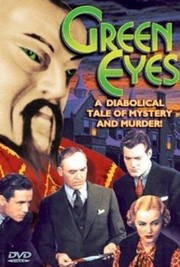 Wes S
½ December 15, 2013
Boring mystery, decent characters, unmemorable film. The story is weak and the outcome is simple. The slow pacing doesn't help, but at least the run-time is short.


A millionaire is murdered during his own costume party, and a police inspector (Wray) sorts through the motives and deceptions of his staff and house guests to figure out who did. He is helped (and annoyed) by a mystery novelist (Starrett) who was in attendence.

"Green Eyes" could have been a slightly-below-average mystery movie if the writers and producers had even possessed the slightest sense of how a mystery like this is supposed to work. The movie goes off the tracks in the vvery first scene, because it starts too late.

Basically, a movie like this is either supposed to start AFTER the detectives arrive on scene, or its supposed to start with a set-up introducing the suspects and the victim, while providing a couple of hints and clues as to who did it and why. Here, we get something that's a little bit of both, but not enough of either to really make the movie satisfying... and as the clues are uncovered, they don't make much sense to the viewers, because the movie left out the piece of information that would have let us "play along" with the detectives as they solve the crime.

Another problem with the film is the mystery novelist amateur detective. That character has got to be the most annoying and obnoxious iteration of that type to ever appear on screen. (His never-ending obfuscation of facts and disturbing of evidence should at least get him arrested on 'interferring with police business.')

Although decently acted and well-paced, the fact this movie gets off on a bad track from the get-go, and it's got a "hero" who's so obnoxious that it's amazing the police detective doesn't just arrest him for the murder and call it a day, degrades "Green Eyes" from 'classic' to just plain 'old.'
Page 1 of 1