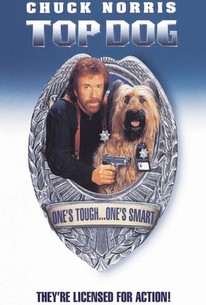 In this action comedy, renegade cop Jake Wilder investigates the death of his old friend, Lou Swanson, another cop, who was killed while investigating the bombing of a San Diego housing project. To solve the murder and stop the bomber, Wilder teams up with Swanson's partner, a German Shepherd named Reno. At first the new partners do not get along, but eventually they begin working as a team and discover that the culprit was a white-supremacist group. This film stirred up a lot of controversy when it first came out as the distributors exhibited remarkably bad judgment by releasing it two weeks after the Oklahoma City bombing of a Federal building that resulted in the death of close to two hundred innocent people, some of them small children.

Why, exactly, would you want to make a movie about racist hate groups, and then disguise it as family entertainment about a cute dog?

I remember this one being fun, but this concept got driven into the ground in the late 80's & all through the 90s.

Great buddy film with action-comedy of Chuck Norris who teams up with a canine partner to bring down a white supremacist group.