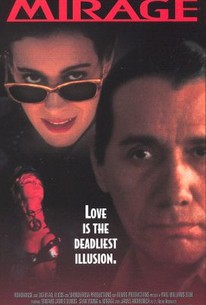 This unintentionally campy suspense thriller takes a large part of its plot from Hitchcock's Vertigo. Matteo Juarez, a former policeman in Palm Springs, has been emotionally devastated by his accidental death of a female hostage he was trying to save. Donald Gale, a wealthy capitalist and environmentalist, is determined to save California's unique Salton Sea. He hires Juarez to protect his mysterious wife. Jennifer is not all she seems. Juarez, who tails her, is surprised to find her working secretly as a blond wigged stripper. After saving her two times, Juarez falls in love with her. After she is brutally murdered, Juarez again sinks into depression, alcoholism, and self-blame. Things turn around when he encounters a waitress who appears identical to Jennifer. She says she is a recent Irish immigrant, but Juarez doesn't believe her and sets off to solve the mystery once and for all.

Leroy Joseph
as Got a Dime Prisoner

Joey Cook
as Boy in Wheelchair

There are no featured reviews for Mirage at this time.