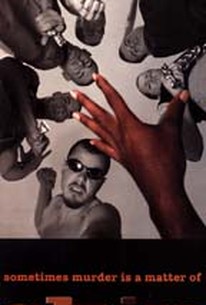 "Skin" tells the disturbing true story of a racially-motivated murder that shocked New York City and the rest of the country in 1986. After a mob of young white men chased a black man onto a highway, he was struck and killed by an oncoming car. As it turned out, the incident occurred only because the victim had entered the predominantly white neighborhood of Howard Beach, Queens. The death led to a controversial trial in which a tough prosecuting attorney attempted to prove that the crowd's actions constituted murder. "Skin" depicts the events of that tragic night, and the subsequent arrests and trial of the men involved.

This a well-made, well-acted film that is more suited for airing on a premium television outlet like HBO. This would be a good thing as the exposure it would get would be far greater than Skin will have at the theaters.

There are no featured reviews for Skin at this time.