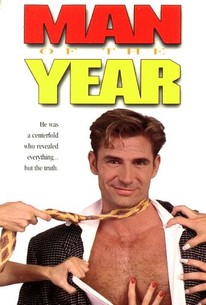 Man of the Year Photos

This film is a unique combination of documentary, drama and comedy, and uses real people as well as professional actors to chronicle the experiences of Dirk Shafer who in 1992, was voted Playgirl magazine's man of the year. For the athletic, blond and extremely photogenic Shafer this fame was a double-edged sword. On one hand, he really needed the money; on the other, he had just come out of the closet. Still he went for the gusto and spent much of the year touring about and getting interviewed on talk shows. Only a few close friends and family members knew that he was a homosexual; to everyone else he was the epitome of heterosexual masculinity. This naturally, created problems with Mike, the man Shafer wanted to get involved with. Included are filmclips from actual talk-show appearances, and interviews with family and friends, not all of whom were tickled to discover that he was gay.

Dirk Shafer
as Himself

Vivian Paxton
as Herself

Deidra Shafer
as Herself

Charles Sloane
as Ed, the Photographer

Thom Collins
as Himself

Kevin Randy
as Act Out Guy

Michael Mueller
as ACT OUT No. 1

Kevin Bandy
as ACT OUT No. 2

Brett Sylver
as ACT OUT No. 3

Mindy Sterling
as Cindee
View All

Critic Reviews for Man of the Year

This original but ultimately unsuccessful serio-comic look at Dirk Shafer, Playgirl's 1992 centerfold, served as closing night of the 1996 Outfest, and some gay viewers may like it.

How the director of Wag the Dog and his Good Morning Vietnam star Robin Williams ended up in this fine mess is anyone's guess.

...half unfunny comedy and half uncompelling drama.

Audience Reviews for Man of the Year

There are no featured audience reviews yet. Click the link below to see what others say about Man of the Year!

Man of the Year Quotes