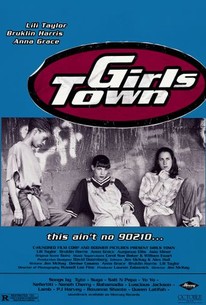 When one of their friends commits suicide, three young women learn to stand up for themselves and strike back against male-dominated society in this drama. Patti (Lili Taylor), Emma (Anna Grace), Angela (Bruklin Harris), and Nikki (Aunjanue Ellis) are four teenage girls who attend the same high school in inner-city New York. Patti is an unwed mother struggling to complete her education as she deals with her irresponsible boyfriend, while the other three are good students going on to college after completing their final year of high school. One day, seemingly without warning, Nikki kills herself. Struggling for clues to explain the tragedy, the other three girls discover her diary and learn that she had been raped while serving an internship at a magazine. As the girls compare notes, they realize that they've all been treated badly by men; Emma was also raped, and Patti sardonically says that if rape is having sex when you don't really want to, then she's been raped by practically every guy she's ever gone out with. Eventually, the three decide that it's time to stand up for themselves and retaliate against the men who have wronged them; they begin by vandalizing the car of Emma's attacker and then formulate a plan to punish the man who raped Nikki. Screenwriter Denise Casano and writer/director Jim McKay developed much of their screenplay through improvisations with the four leading actresses, giving the film's dialogue a natural rhythm and feel.

As a male writer-director, McKay proves to be extremely sensitive to the feeling and words of working-class women (Lili Taylor among them), determined to establish their self-worth as well as to fight against the social ills of the oppressive system

Taylor, Harris and Grace come up with some watchable, genuine moments. But they're often too involved in themselves; the movie indulges them too much.

Features good work from its performers.

Does an excellent job of uncovering the angst, pressure, and doubt associated with the late teenage years.

I would like to see another movie in three or four years, about what has happened to these angry, gifted friends.

Constructed without a traditional denouement, Girls Town will nevertheless satisfy viewers who want something that feels more like life than like art.

It is outspoken, unpolished, and easily the most realistic movie ever made about the lives of young women.

Kathi Maio
On the Issues

Holds appeal, partly because it could so easily have been an uplifting message movie but it refuses to be so simplistic.

An empowering feminist tale made authentic by the actresses participation in the scripting.

The film often seems pointless and labored or overly contrived - and it certainly suffers from foul-language overload.