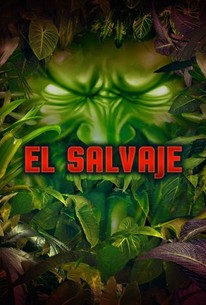 In this imaginative sci-fi thriller, rancher Alex Verne loses his loving wife and family at the ruthless hands of computer magnate Burrough's shot-gun wielding hitmen. They think they hit Alex too, but he is merely in a coma. He remains so until he hears a far-off version of "Amazing Grace" his wife's favorite song. Staggering across the desert, he ends up in a mystical cave where ancient immortals explain Burroughs' evil scheme. It seems the techno-tycoon discovered the remains of an ancient computer, one that predates the coming of homo-sapiens. The highly evolved original operators used their technology to change apes into humans. The newly created beings were then the servants of the ancients who eventually became so evolved that they zapped themselves into the realm of virtual reality. Burroughs wants to do the same, and Verne's land plays a key role in the old computer's operation. The ancients therefore transform Verne into a Cro-Magnon man with superhuman strength and assign him to crush Burroughs before he can use the computer and make a mistake that could destroy all humanity.

There are no critic reviews yet for Savage. Keep checking Rotten Tomatoes for updates!

There are no featured reviews for Savage at this time.