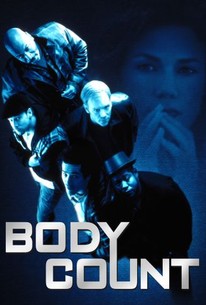 After the low-budget Squeeze (1996), Boston director Robert Patton-Spruill climbed to a higher plateau by assembling a strong cast of top names for this art-heist actioner, but even so, the film went straight to video in the USA. Four men botch a Boston art museum theft, blaming Latino Chino (John Leguizamo) for the death of group leader Crane (Forest Whitaker). Security-systems expert Pike (Ving Rhames) wants to get to Miami to sell the stolen paintings solo, but eroding trust keeps the group together as Pike, Chino, driver Hobbs (David Caruso), and Booker (Donnie Wahlberg) travel south through Maryland and West Virginia. An argument between Booker and Hobbs ends with Booker's death, so Hobbs then turns his attention to baiting Chino, while flashbacks recap the original robbery plan. Then suddenly the road movie veers in another direction as the gang gives a lift to a woman (Linda Fiorentino) sporting a black eye after a car crash. Forest Whitaker is seen only in the flashbacks.

Matt Giehl
as Security Officer No. 3