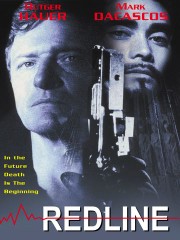 Matthew L
½ March 24, 2011
A.K.A. Armageddon. The most interesting thing about this film is the films from which it has lifted most of its ideas. Universal Soldier, and countless other science fiction films, for the resurrected lead. Strange Days for its use of other peoples memories as a form of entertainment. Hauer does the best with what he is given but his best days were long gone by this point, Dacascos is okay but when you have an actor best known for martial arts films surely you'd shoe horn in a fight scene or two? In a film of this quality I doubt anyone would have even noticed.

Marischa B
February 7, 2011
This movie has two pluses in its favor. First, Rutger Hauer looks great. Second, the sets and art direction are very interesting. The movie has a strange blend of Old World buildings, futuristic props and 1940's style furniture. Other movies (yes, most notably Blade Runner) have used a similar look more successfully, but the total effect was still compelling. I did get the impression, however, that they used the same building over and over and just changed the furniture when it was supposed to be a different location.

Unfortunately, the filmmakers appear to have spent so much money on the set that they had no funds for other essential movie elements such as a script that made sense, costumes for the actresses and an acting coach. I found the plot utterly incomprehensible. I have no idea why any character in the movie did any of the things he/she did. I have no idea what the ending was supposed to mean.

Equally baffling was the fact that the women in the movie wore no clothes. The film is set in Moscow; you'd think they would get cold. Okay, I can understand that prostitutes in brothels are not going to fully clad, but come on--topless women boxers? nude women assassins?

Finally, with the exception of Hauer (who really has given some great performances in his career), no one in this movie can act. NO ONE!! Robbie the Robot gave better line readings.

In short, if you're looking for a movie filled with meaningless violence and even more meaningless sex, you'll love this one.

EUPHORIAworld.com
November 10, 2008
not the right redline

Matty J
½ October 4, 2008
Bad movie. Rutger Hauer is way better than he shows in this one... interesting story, lousy execution.

Private U
May 3, 2008
There was some really cool cars but, the acting was really bad.

Peter M
January 7, 2008
Very average action flick set in russia a few years into the future, there isnt much of a story to it really which makes it hard to say what its all about but its pretty much a revenge movie with dream machines sort of like strange days.

Stephen G
August 19, 2007
Cool cars. Terrible acting. Worse directing. The plot is seemingly nonexistent. The only reason to watch this is for the cars... and even the driving scenes are hard to watch.

Tim L
½ July 15, 2007
It gets one star for being so cheesy and another half star for gratuitous nudity.

Ed D
May 2, 2007
I got this because Hauer was in it. Cyberpunk goodness but with scenes which don't fit.