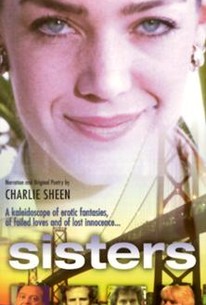 Valerie Breiman and Claudia Christian play the two sisters of the title. Containing very little dialogue, the film details the ambitions and sensual yearnings of the two heroines. The whole production has the rhythm and texture of a poem--and for good reason. Tale of Two Sisters was based on a poem written Charlie Sheen, which, like most of his verse, has made the Hollywood rounds several times without ever actually being published. Sheen also "stars" in Tale of Two Sisters, albeit only as offscreen narrator.

There are no critic reviews yet for Tale of Two Sisters. Keep checking Rotten Tomatoes for updates!

There are no featured reviews for Tale of Two Sisters at this time.