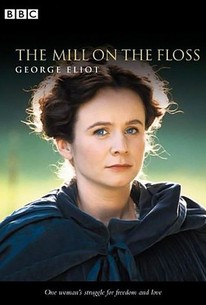 Graham Theakston directed this Hugh Stoddart adaptation of the 1860 George Eliot novel about the strong bond between Maggie Tulliver (Emily Watson) and her brother Tom (Ifan Meredith) of Dorlcote Mill on the river Floss. The mill has been in their family for 300 years, but their father, Edward Tulliver (Bernard Hill), loses it to shrewd businessman Lawyer Wakem (Nicholas Gecks). His son, sensitive, deformed Philip Wakem (James Frain), loves Maggie. Tom opposes the relationship, and the emotional Maggie, who adores her brother, yields to his authority. Her cousin Lucy Deane (Lucy Whybrow) is engaged to the charming Stephen Guest (James Weber-Brown). On a visit, Stephen and Maggie are immediately attracted to each other, creating a scandal during a boating expedition and prompting Tom to throw her out of the house. Events then lead toward a tragic conclusion. Earlier film versions were released in 1915 and 1937. Shown at the 1997 Cannes Film Festival, this movie had its U.S. premiere 10/12/97 on PBS as part of Masterpiece Theatre.

Will Knightley
as Mr. Glegg

Critic Reviews for The Mill on the Floss

There are no critic reviews yet for The Mill on the Floss. Keep checking Rotten Tomatoes for updates!

Audience Reviews for The Mill on the Floss

The Mill on the Floss Quotes