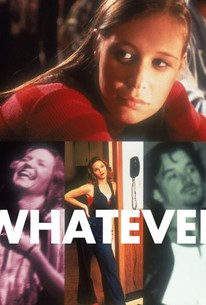 Susan Skoog wrote and directed this coming-of-age tale set in a New Jersey suburb during the early '80s and seen from the viewpoint of sensitive, rebellious teen Anna Stockard (Liza Weil), who is passionate about art. Anna lives with her obnoxious kid brother and her lonely divorced mom Carol (Kathryn Rossetter), a bitter woman who dates a wealthy but elderly man in hopes escaping future poverty. With little acceptance at home, Anna is eager for life and she hangs out with her party-loving pal Brenda (Chad Morgan), revealed to be a victim of sexual abuse. Anna loses her virginity to another artist wannabe, someone who has interested her since childhood. Anna's constant partying results in a low grade point average at school, and despite the encouragement of her art teacher, failed artist Mr. Chaminsky (Frederic Forrest), Anna is insecure about her talent. Her attitude and lifestyle are beginning to seem like drawbacks to her dream of going to New York to study at Cooper Union. Soundtrack includes numerous pop tunes of the period, including David Bowie, The Ramones, Patti Smith, Iggy Pop, and Blondie. Shown at the 1998 Sundance Film Festival.

Critic Reviews for Whatever

Skoog undermines the impact of her own film, but it still doesn't kill off the good performances by Weil and Morgan.

While Skoog loads the soundtrack with such can't-miss classics as the Pretenders' 'Mystery Achievement' and Blondie's 'The Hardest Part,' too much of her sluggish screenplay brings to mind another Blondie song, 'Will Anything Happen?'

There are no featured reviews for Whatever at this time.