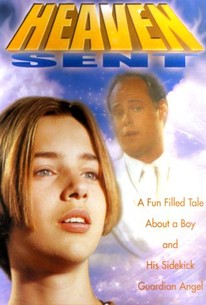 A young man dies before his time and is given a second chance at life by a helpful angel in this comedy drama. The teen, Eddie, was well on the road to becoming a delinquent. He died when he was hit by a car after fleeing a convenience store where he had just stolen a snack. Howard, a novice angel, arranges for Eddie's resurrection, and while the youth learns to redeem himself, Howard, disguised as a social worker, stays close by.

Dan Miller
as Man in Heaven

Lilliana Cabal
as Nurse
View All

There are no critic reviews yet for Heaven Sent. Keep checking Rotten Tomatoes for updates!

There are no featured reviews for Heaven Sent at this time.