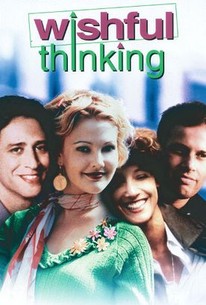 Writer/director Adam Park made his feature film debut with this romantic comedy-drama that shifts between several characters' points of view. Max (James LeGros) is a projectionist at an art/revival theater in New York who one days meets Elizabeth (Jennifer Beals), a veterinarian at a neighborhood animal clinic. The attraction between them is immediate, and several months later Max hands Elizabeth a small box. Overcome with emotion, she is convinced it's an engagement ring...until she opens it and discovers a prototype Max has invented for a toothpick with a flossing attachment. It quickly becomes obvious that Elizabeth is ready to get married and, while Max wants to marry her, he's not ready to do it soon, and much tension and bad feelings ensue. Meanwhile, Max's co-worker Lena (Drew Barrymore) has developed a furious crush on him and wants to use his current problems with Elizabeth to her advantage, while Max is convinced Elizabeth is interested in another man. It turns out he's right, but completely wrong about who the "other man" is.

Too often wanders into unnecessary silliness, and the ending leaves something to be desired.