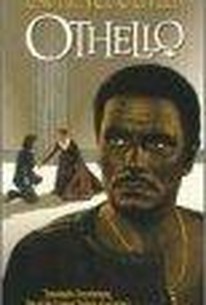 As directed by Otto Schenk, this most unusual version of Giuseppe Verdi's 1887 opera Othello (adapted from Shakespeare's tragedy of the same name) isn't actually a stage-bound theatrical production. It was shot for German television in 1965 on elaborate sets, but was also done with "roving" cameras, which liberates the material from a sense of staginess and gives it an unprecedented level of intimacy. It stars Wolfgang Windgassen as Othello, Sena Jurinac as Desdemona and Norman Mittelmann as Iago. The Südfunk-Sinfonie-Orchester, the Chor der Wiener Staatsoper and the Wiener Sängerknaben lend added musical support, with Argeo Quadri conducting and Norbert Balatsch serving as chorus master. Gerhard Hruby designed the sets, and Leni Bauer Ecsi did the costumes. ~ Nathan Southern, Rovi

Harry Lomax
as Duke of Venice

Guide of the Dead – An RT Romero Retrospective

There are, of course, many ways to film a staged play, and some are so crude as to be of little value even for the record. Fortunately Othello has been made both wisely and well.

Even with its imperfections and politically incorrect presentation, this film is a memorable achievement.

It's a bloated corpse of a movie, running a numbing 166 minutes with only Olivier's lifeblood to sustain it.

Whether taken as a cultural relic or the definitive screen treatment, Othello demands to be seen for Olivier's bravura, high-wire performance.

It's a stagy and uneven enactment of the play, but what players on this stage!

The worst Olivier Shakespearean film that I have seen. Not only is Olivier shockingly displayed in blackface but the portrayal is no Hamlet or Henry V. Even the film's filming locations lack imagination.