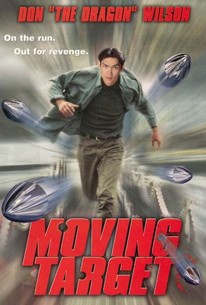 Don "The Dragon" Wilson stars in this action drama as a tourist who, through no fault of his own, finds himself on the run from a gang of terrorists, international espionage agents, and the police. Accused of a murder he didn't commit, the man struggles to keep himself alive as he tries to clear his name and find the identity of the real killer. Moving Target also features Bill Murphy, Hilary Kavanagh, and Terry McMahon.

There are no critic reviews yet for Moving Target. Keep checking Rotten Tomatoes for updates!

There are no featured reviews for Moving Target at this time.