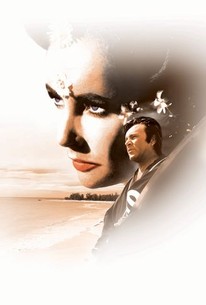 In this widely-reviled version of Tennessee Williams' stage play The Milk Train Doesn't Stop Here Anymore, with an absurdist screenplay by Williams and tone-deaf direction by Joseph Losey, Elizabeth Taylor is Flora Goforth, a six-times divorced millionairess who is spending her summer holidays on a Mediterranean island to dictate her memoirs and to die. Arriving on the island is besotted poet Chris Flanders (Richard Burton), dubbed the "Angel of Death" by Flora's swishy Noel Coward-esque friend (Noel Coward) because of Chris's uncanny ability to hone in on rich, dying widows and reap financial boons from the terminally ill dowagers. Flora, nevertheless, ignores her friend's prescient wisdom and permits Chris to stay at her villa. As her health continues to fade, she becomes more and more attracted to "the Angel of Death."

Noel Coward
as The Witch

Michael Dunn (I)
as Rudy

Howard Taylor
as Journalist
View All

This film makes it official: Richard Burton and Elizabeth Taylor have given up acting for entertaining. Or rather, trying to.

Taylor's delineation of the lead role is off the mark.

It gets Burton and Taylor, comfortably matched, making nonsense of theme and relationships, and giving monotonously unsubtle performances (she screeches, he glooms).

Those things that in the earlier versions of the work had been metaphorically stylized, have been made stunningly literal in Boom!

There are different kinds of bad movies. Some are simply wretchedly bad, like well, you know. Others are bad but fascinating and Boom! is one of these.

It's a bad movie, yes, but rarely has bad been so damned captivating.

Boom! comes by its reputation as camp and as a flop honestly. But it's also remarkably self-assured, marching confidently down whatever weird paths it brings itself to.

A pretentious and self-indulgent mess.

Even the great Coward cannot save this unbelievable disaster.

A brilliant film, or rather a brilliant "sen-sation"

The mostly negatively reviewed film did little to help the plummeting careers of Burton and Taylor.

If you can make any logical sense of the curious lines of dialogue, then congratulations--you may be the first to be able to decipher this cinematic non sequitur.

There are no featured audience reviews yet. Click the link below to see what others say about Boom!!